Intensive Maps develops an environment of encounters, where a corporeal cartography and intensive mapping takes place. It is based on an artistic practice that explores multiple fields of experience and experimental togetherness, operating within an immersive event of moving, fielding through, listening and developing performative affects. This environment of encounters it also related to openness to the unknown and a process of drifting within navigation, unraveling the pleasure of not knowing. It also reflects on scales of proximity, micro perceptions and micro politics, where latency and immanence become the potency of the moment. About the Speakers: Thea Patterson (BFA, MA) is a choreographer, performer, and dramaturge based in Montreal. Her early choreographic works include Rhyming Couplets (08), and A Soft Place to Fall (06). From 2007 to 2015 she worked as dramaturge, and co-artistic director on seven acclaimed works including Eesti: Myths and Machines (2011) which received mention as top dance works of the year by the Voir. An interest in collaborative models then lead to the co- founding of the collective The Choreographers (2007-2011). During that time, she also co-choreographed Norman (2008) for Lemieux.Pilon.4Dart which toured extensively through Asia and Europe. Her more recent works explore self-solo formats and an interest in expanded choreographic methods. This led to the dance that i cannot do (2013) which was presented at, amongst others, Movement Research The Judson Church and the Munich Dance Festival. In 2016 she began work on her Masters project between the is and the could be (2016) which explored emergent choreographic forms, and other methods for altering aspects of spectatorship. In 2016, She completed her Masters at The Graduate School, DAS Choreography (Amsterdam). Currently she is working on new projects in Montreal, Portugal, Amsterdam, and Newfoundland. She was recently selected to participate in Being a Pig an intensive choreographic residency with Deborah Hay. Sara Anjo (PT 1982) is a dancer and choreographer and she is interested in ecstatic and contemplative practices. Walking is one of the main ones. She permanently questions herself about: what moves us? How do we move? And to where are we moving? She is also interested in documentation practice through maps related to scores and movement notation. She has graduated in the Contemporary Dance Academy (2001). She started dancing in the National Company in Lisbon and in parallel she became a Yoga teacher at the Yoga Shamkya School (2003). She studied arts: Artistic Studies (BA) at the Faculty of Arts of Lisbon (2008) and Contemporary Art (post-graduation) at Lisbon’s Catholic University (2011). She holds a master in choreography from Das Graduate School in Amsterdam (2016). In 2010 she met and briefly studied with Anna Halprin, one of her main inspirations in the dance field. She has developed performances for young audience, where she explores the relation between figurative and abstract imagination. She developed In Search of Ballerina Feet together with Teatro do Silêncio (2013), Roots of Curiosity a collaboration between neuroscientists and artists (CCB-Fábrica das Artes 2015) and Everything in the World began with a yes" (CCB-Fábrica das Artes 2016) with the composer Filipe Raposo. ​http://saraanjoo.wixsite.com/saraanjo/about Jeremy Gordaneer was born in Ontario and grew up in Victoria, BC. As the son of Canadian painter James Gordaneer, RCA, he was surrounded by art and began taking an interest in painting at an early age. He attended the Camosun College Fine Arts program in Victoria in the early ‘90s, and has traveled extensively throughout Europe, Africa and America in order to study art and hone his craft. He spent a decade in Victoria as a member of the Chapman Group, a loose collective of artists and writers, who met weekly to study art, philosophy, physics and theology, as well as to provide a rigorous critique of each other’s work. During this time, he studied Theatre at the University of Victoria, and continues to support himself through scenic art and design for theatre and dance, while also painting, sculpting and drawing on a regular basis. 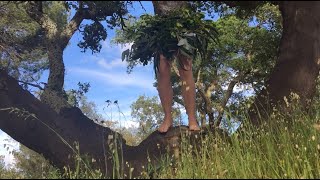